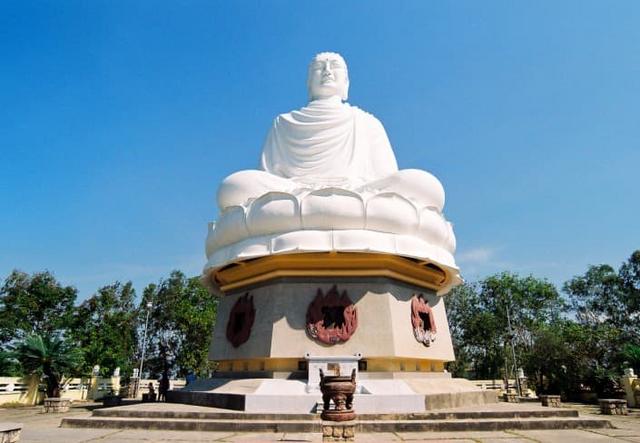 Long Son pagoda was founded by the Most Venerable Thich Ngo Tri (born in 1856), the sublime Pho Thuong Tri, and named Nguyen Tam Van Nghi. self. At first, the pagoda was just a cottage on the top of Trai Thuy hill (where the current white Buddha statue is located). In 1900, the Pagoda collapsed after a storm, so Khai Son decided to move to the foot of the mountain and renamed the Pagoda to Long Son tu.

The temple precinct is 44.5 m wide and 72 m long. Next to the pagoda is the lecture hall of Khanh Hoa Buddhist College and the headquarters of Khanh Hoa Buddhist. The mainhall is 1,670 m², with a bronze Buddha Patriarch sitting on a sermon, 1.6 m high, weighing 700 kg. 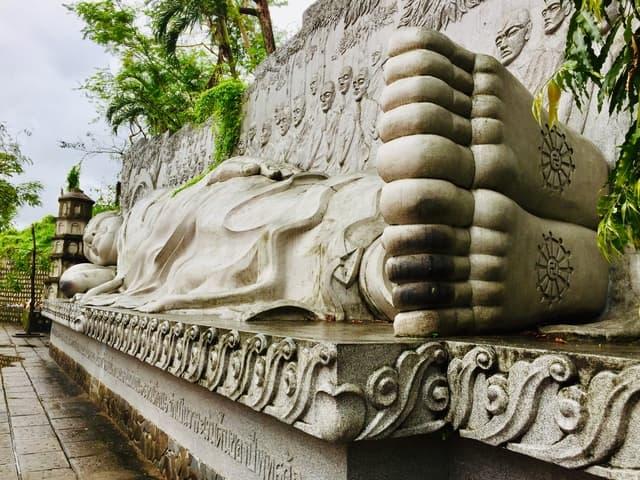