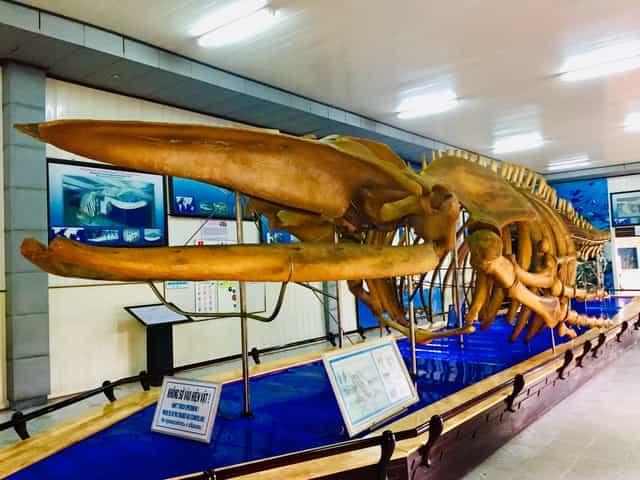 Visiting the Institute, visitors will see firsthand the Museum of Marine Life with over 25,000 specimens of more than 5,000 types of marine and freshwater creatures that have been collected and preserved for many years, besides the living specimens raised and keep in the glass tank.

The Institute has been voted as one of 10 attractive cultural and historical tourist sites that earned the title of "The tourist destination was satisfied in 2005. The Institute will open a high-tech park to domesticate marine creatures, to serve the main purpose. Vietnam marine economic development policy. 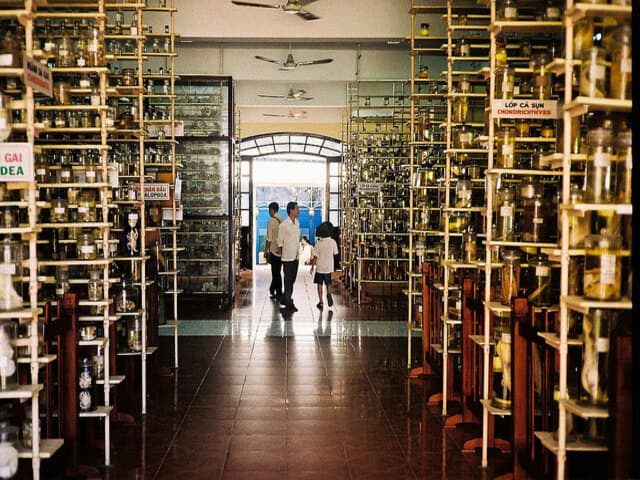 Institute of Oceanography is located on a high and spacious land at No. 1, Cau Da, Nha Trang city, Khanh Hoa province. The Institute of Oceanography was established in 1922 during the French colonial period. In December 1969, the management authority was transferred to the Saigon University Institute. At that time, the Institute's collection had more than 60,000 samples. The Institute is also a place to store data on seismic, tidal cycles and ocean currents in the East Sea region with 76 research staff and students.

Referring to the Institute of Oceanography, one thing was mentioned an organic part of it is the Museum of Oceanography - which was very famous since the 30s of the last century with the popular name of " Institute of Oceanography". Currently, the “Hai Duong Hoc Museum” is focused on upgrading, expanding and developing into a continuous population including marine tanks for research, sightseeing as well as community education, and a system of the largest marine specimen storage houses in the country. There are many samples have been sent to many different laboratories abroad, many museums around the world.

Whale skeleton on display at the Institute

Visiting the museum, in addition to admiring the beauty of hundreds of tropical marine species, visitors can also consider learning more than 10,000 species of creatures in the ocean are being stored. The marine organism includes species existing in Vietnam, Cambodia and surrounding waters, including endangered precious and rare marine mammals such as Dugong (Dugong). In particular, the museum is keeping, preserving and displaying the giant whale skeleton nearly 18m long, 3m high that has been buried in the ground in the Red River Delta for at least more than 200 years. This is really a very precious natural historical relic. 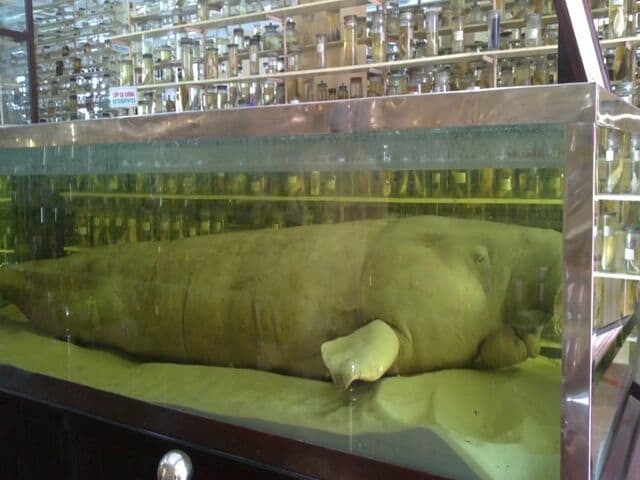 The museum also introduces visitors to the natural features of the ocean, introduces valuable minerals and resources, coastal environment landscapes, rich ecosystems like mangroves, coral reefs, seagrass beds - to remind people to raise awareness of protecting the landscape, resources for the benefit of their offspring, the Oceanography Museum is becoming a display center. introduce and educate the Vietnamese tradition of conquering and protecting the ocean. This is really a very valuable marine cultural heritage center, which needs to be preserved and developed.