Hon Chong is a natural beauty spot in Nha Trang city, belonging to the Hon Chong cluster, Vinh Phuoc ward. The area is a naturally stacked rocky beach, in addition to the nearby Hon Hon and the Nha Trang Bay Club, which has the form of a Hue communal house built at the top. 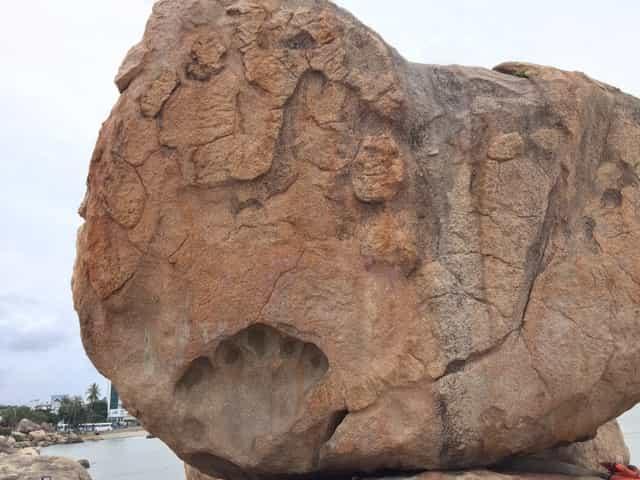 The largest stone with a hand-shaped dent

Hon Chong consists of two large rock clusters located on the coast at the foot of La-san hill, which can be created by the tidal intrusion on this hill. The large rock cluster outside the sea is called Hon Chong, consisting of a large square block of stone lying on a flat and broader rock. The rock face faces the sea with a huge hand-shaped dent. Legend has it that, once upon a time, the giant man sat fishing here, there was a giant fish that took the bait away, he had to pull back, holding the fishing rod, the hand against the rock took the momentum to make the hand press on the rock and leave the mark as seen. According to another legend, once there was a giant who came to this country to visit, meet the fairies on the beach, he stopped passionately watching and accidentally slipped, he quickly clung his hands to the mountain causing the ridge to collapse, kicked down, leaving his hand mark on the stone. The five-finger slippery footprint also left traces in the Suoi Tien area. 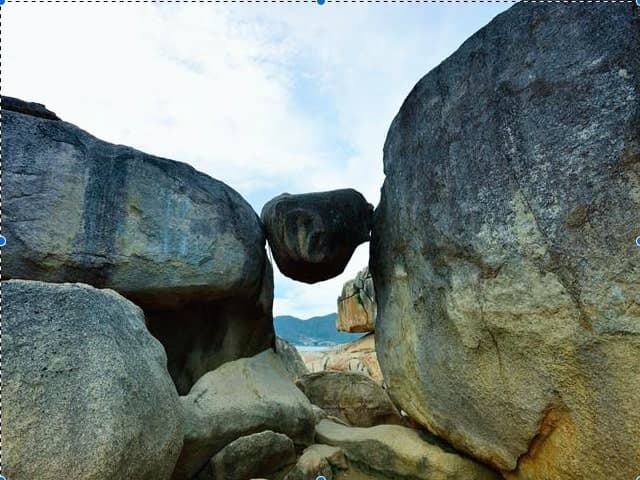 Going between the rocks, there are many strange piles of rocks like two standing stones, in the middle of it is a big stone like a gate through another cluster of rocks. The second stone cluster has the shape of a woman looking out to sea - given a meaningful name closer to Hon Chong - that is Hon Vo, this stone cluster is less noticeable by tourists. 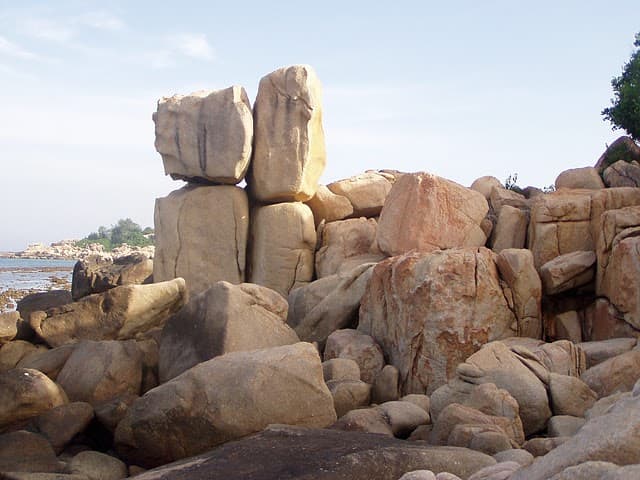 Standing on Hon Chong, looking far away is Hon Yen, on the right is Cau Da Port, Hon Tre, and Nha Trang beach, which is 6 km long. Hidden on the cape of Lasan hill, jutting into the sea in the mouth of Nha Trang river and Cu Lao fishing wharf. Seen from Hon Chong to the other side is Co Tien mountain. From the position on Hon Chong (Hon Chong means Husband Rock - Hon Vo means Wife Rock), you will see very clearly the Red Hon (where the temple is located) in the distance. 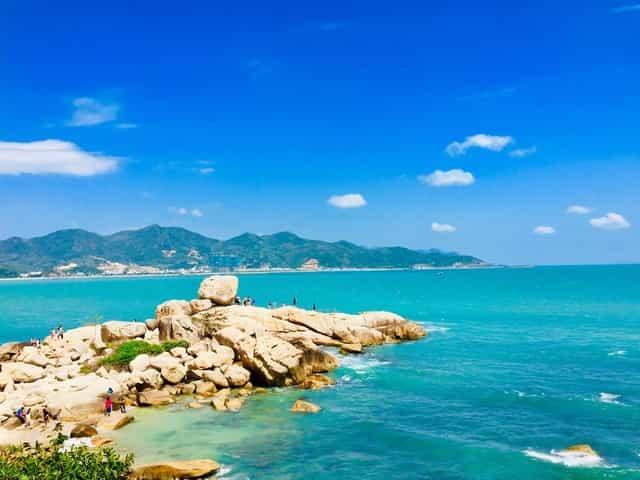 In addition, on the road on the way to Hon Chong, there is the Nha Trang Bay Club, which displays many pictures of Hon Chong and the landscapes in Nha Trang. The Assembly hall is designed in the style of Hue communal house.

Currently, Hon Chong landscapes often have fixed display activities such as sand paintings, gem paintings ... and mobile exhibits including images, artifacts that vary with each serving theme. major holidays of the province and the country. In addition, due to its beautiful location and wide space, this place is also the venue for many events, attracting a large number of people and visitors to visit and enjoy such as Firework fireworks, the performance of ethnic musical instruments, calligraphy exhibitions, ceramics, paintings, photos of artisans, artists. 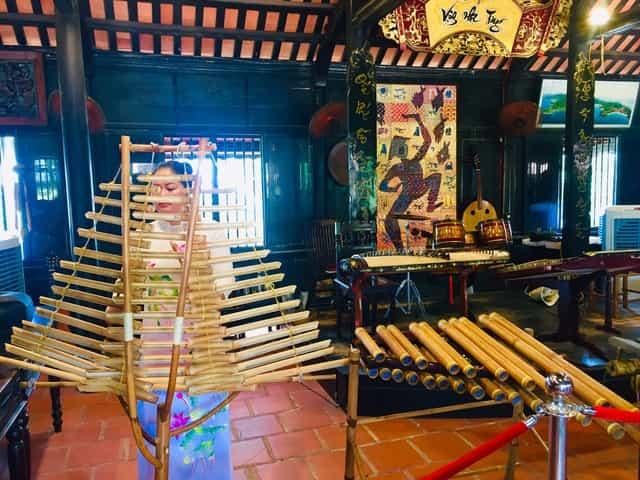