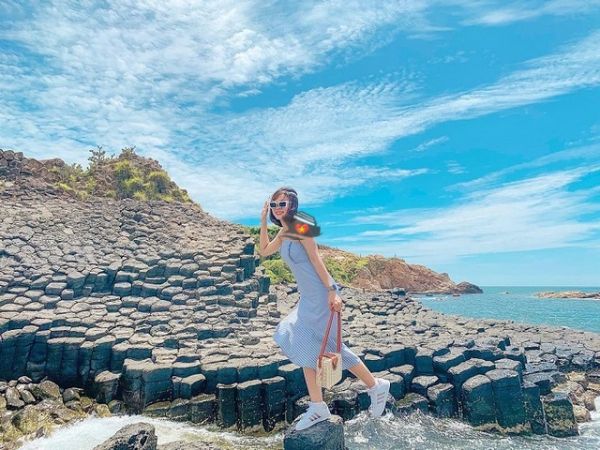 In Phu Yen city, Da Dia reef has a width of around 50 meters and a length of more than 200 meters, making it a rare natural beauty place. Da Dia reef is named for the stones that are stacked in columns tightly together with hexagonal shapes or circular shapes like dishes piled together.

08:30: You will be picked up from the hotel located in the central by our expert tour guide and private vehicle.

Quang Duc Xua ancient-house is a site that will make you feel as if you are living quietly in the midst of time, to feel the clarity, tranquillity, and captivating beauty of old things. Coming to Quang Duc Xua and immersing yourself in the flow of nostalgia will be an unforgettable experience. People would appreciate the famous blood cockle enamel pot when they think about Quang Duc village's ceramic items. Aside from the clay, the workers added fresh blood cockles from O Loan lagoon to be baked for three days and three nights with mangosteen firewood to make beautiful completed goods, products in the same kiln but various hues, each It's distinct, therefore it's priceless. Mang Lang Catholic Church is notable for its Gothic architecture, which dates from the 13th century and has elaborate patterns and floral decorations. The church features a large yellow rose window on the front and two symmetrical bell towers on the flanks. The entrances leading to the church are likewise shaped like asparagus.

When visiting Mang Lang Church, you may come across the narrative of Blessed Andrew of Ph Yên, the first Christian martyr in Vietnam. Mang Lang, the location of this church, was also the birthplace of Andrew of Phu Yen. Andrew of Ph Yên was born in 1624 to a pious household. He was kidnapped and killed in July 1644 while on a missionary expedition in Quang Nam. Some claim that his corpse was buried at Macau's St. Paul Cathedral and that his head was returned to the Vatican. 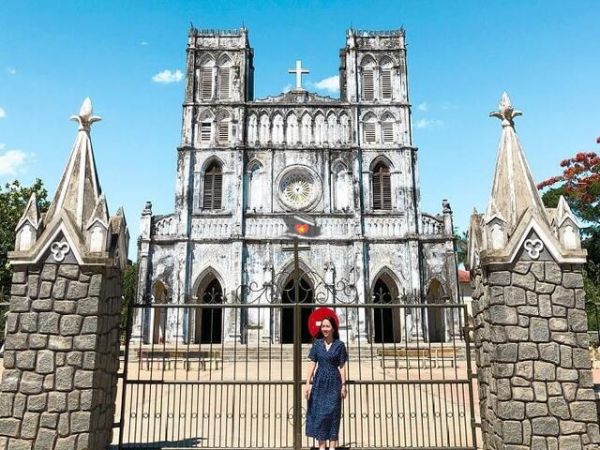 Da Dia Reef, According to the soil survey, the stone in Da Dia reef is basalt stone formed from the activities of the volcano of millions of years ago. Mineral from the volcano mouth was hardened when combined with sea water which also created forces to cause cracks for the whole mineral block along the vertical, horizontal, slanting joints to cut stone columns into many sections. 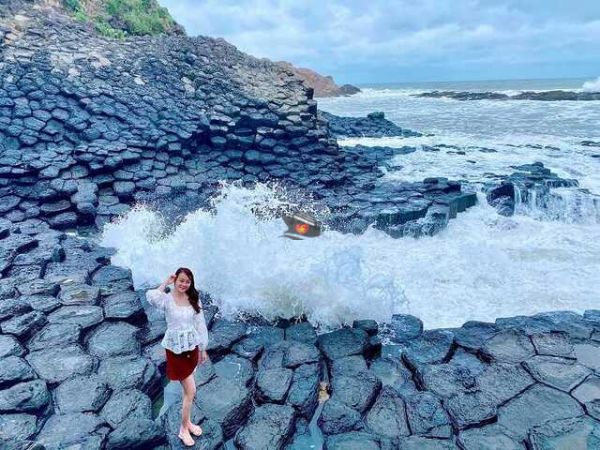 The Thanh Luong Pagoda is well-known for the legend surrounding the statue of Quan The Am that washed up on its shores. Although this statue has lost its original appearance, the original standing stance of this Buddha image has been retained. According to oral legend, after floating back to Hon Dua beach, the people and temple carried the statue back to the pagoda. This temple has grown in popularity since then. Many local and international tourists come here to see and enjoy the grandeur of Thanh Luong Phu Yen pagoda. 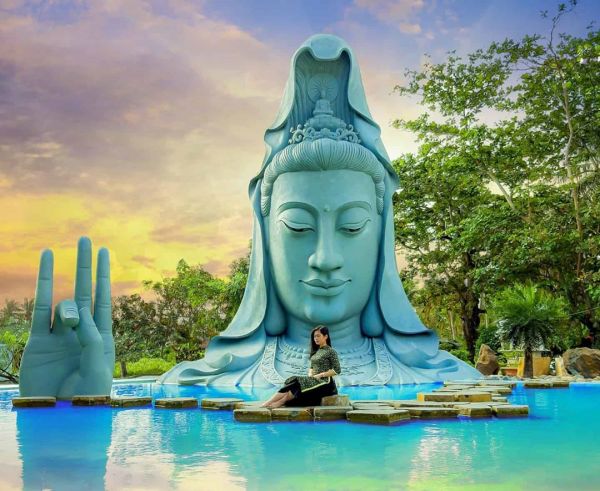 Return to the hotel. End of Trip. See you again.

Children under the age of 5 are Free Of Charge

The price will be additional on Vietnam Public Holidays

Our price is the best and service too. Contact us for more details this tour.