Things To Do In Nha Trang

THINGS TO DO IN NHA TRANG 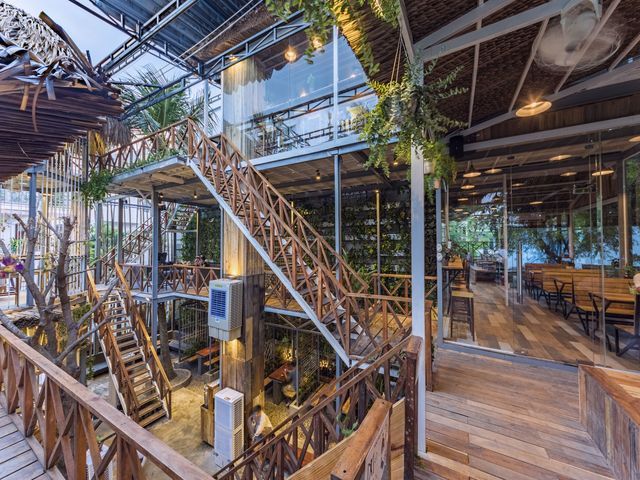 Nha Trang has two main beaches: a larger one south of the Cai river, and a smaller one on the north. The southern beach, lined by the Trần Phú avenue, is by far the most popular among the visitors. Tourism infrastructure catering to foreign tourists, including diving schools, tour agencies, western-style bars and international restaurants and cafes, is mostly concentrated in the southern part of the beach, between Nguyễn Thị Minh Khai and the old airport. In the central part of the beach, lie the upmarket international chain hotels such as Sheraton, Novotel and InterContinental. The rest of the beachfront, as well as the northern beach, has infrastructure mostly aimed at Vietnamese tourists. A few blocks far from the beach, Nha Trang is a normal, bustling Vietnamese city. 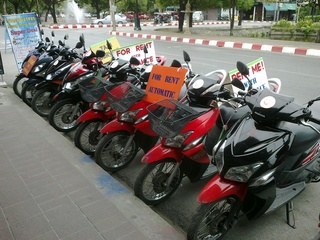 In Nha Trang, as in the rest of Vietnam, motorcycles are the least safe but most convenient way of going around, especially to go to the beaches and sightseeing spots outside of the city. See the general advice for riding a motorcycle in Vietnam. 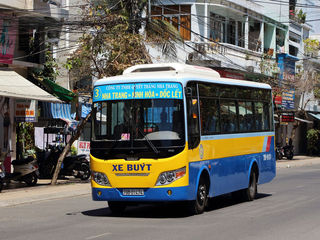 Nha Trang's city bus system is surprisingly useful for travelers that have more time than money. Buses are white and blue in color, have air conditioning, Vietnamese music, and are very cheap, typically costing less than US$0.50. While there is very few information available, online or otherwise, about city buses, there are not many bus routes such that it is relatively easy to understand them. In addition, buses are rarely crowded except on peak hours. On the negative side, buses are often infrequent and with limited working hours, drivers and fare collectors seldom speak English, and bus stops are often quite far from each other. Therefore, make sure that you have enough time and patience before going somewhere by bus.

Bus #4 is probably the most useful for visitors, as it passes through the main tourist area (between Nguyễn Thị Minh Khai and the old airport) as well as many points of interest, including the Vinpearl cable car entrance, the Hòn Chồng promontory, the Po Nagar towers and Nha Trang Cathedral, as well as nearby the Cho Dam Market. Visitors staying in the main tourist area can take the bus at Nguyễn Thiện Thuật.

Bus #3 also passes through the main tourist area, and can be used to go to Doc Let beach. While this would take at least 90 minutes, it is one of the few ways to go to Doc Let for travelers which do not have their own transportation. If you find a bus stop for the #3 try asking the locals where the bus will stop, since the locations sometimes amalgamate and aren't where you thought they were.

Buses are always paid with cash. Fare collectors can provide you change, but avoid using large bills. As in other cities in Vietnam, buses often do not completely stop to allow people to board, and even when they stop, they will often start moving as soon as the first person climbs the stairs of the bus. Therefore, do not stop or try to pay the fare as soon as you board the bus; instead, find a place to sit or stay and the bus fare collector will walk towards you. 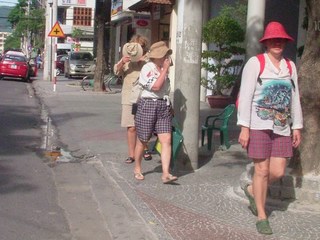 Although not as treacherous as in Ho Chi Minh City, walking in Nha Trang is certainly no walk in the park. Zebra crossings are almost meaningless as no vehicle will ever stop for pedestrians crossing the street, and the few traffic lights in the city are systematically ignored. Pavements are often unusable for walking, as they are almost entirely occupied with parked motorcycles, kiosks and restaurant tables, such that pedestrians are expected to walk mostly in the road. See the general advice for crossing the road in Vietnam.

One of the few pleasant places to walk in Nha Trang is the walking path along the beach, which is quite well-maintained and lined with nice gardens, monuments and public places, although sometimes interrupted by motorcycle parking lots. 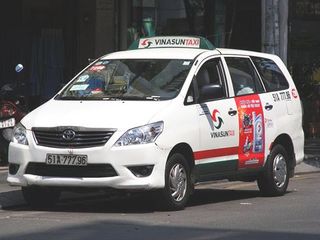 Tourists are advised to take Mai Linh (preferably) or Vinasun taxis, where the drivers usually use the meter and do not attempt to cheat on tourists. A ride inside the city of Nha Trang should never cost more than a few dozen thousand dong. On the other hand, going to places outside of Nha Trang by taxi can cost hundreds of thousand dong, and possibly much more if you would like the driver to wait for you to bring you back to the city.

Grab now operates in Nha Trang for both car and motorbike taxi via their smart phone app. 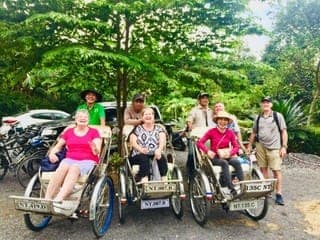 A wonderful option for seeing the sites is to hire a cyclo-driver for the day. This runs about $15 plus tip. All the in-town highlights, the post office, and my choice of restaurants from 08:00-19:00. English skills may be basic. The driver will keep the touts away--a real bonus! 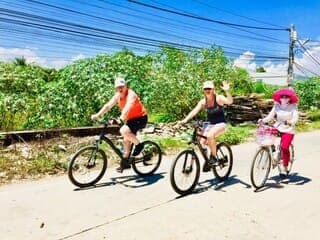 Nha Trang is quite flat and bicycles can be rented for typically 30k to 50k dong for one day for a basic no-gears bike if you lucky to find somewhere. Locals on bicycles are more commonly seen at night when its cooler and no sun to burn their skin. However, note that if you have no experience with Vietnamese traffic, you should think twice about using a bicycle as your main means of transport in Nha Trang. Electric bikes (e-bikes) are a common sight in Nha Trang.

We wish you have a wodnerful holiday in Nha Trang