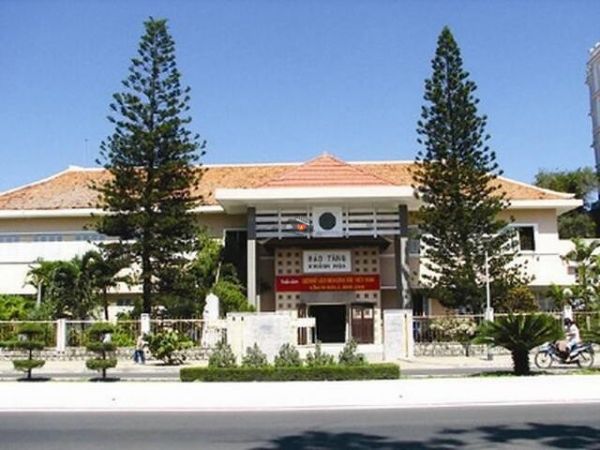 Located in Nha Trang City, the Khanh Hoa Provincial Museum is easily accessible for travelers. The old house of French architecture from the beginning of the 20th century, previously known as Khanh Phu Provincial Museum, is located here now.

A private entrance is located on the first level of the house. Khanh Hoa Provincial Museum has more than 10,000 original items, more than 5,000 papers, and thousands of pictures from different historical periods. As a result, Nha Trang has a new tourist attraction in this area of the city.

If you're interested to know more about Nha Trang history, Khanh Hoa's textual peculiarities, and growth stages, the museum is a great place to start. For example, the historic culture of Khanh Hoa, the fighting traditions of the Khanh Hoa army in both resistance battles, and President Ho Chi Minh are all represented in the museum.

In the museum, visitors will be able to see the Vo Canh Sele, a Sanskrit stele from the Vinh Trung commune, dated to the second century AD.

Additionally, one can learn how to play on the Khanh Son stone lute, which dates back 5000 years and is one of humanity's oldest musical instruments guests. Raglai's home is atop Mount Khanh Son.

Drum found in Nha Trang, Vietnam in 1983 on Dong Nai Street 54cm diameter metal drum decorated with a 12-pointed star motif. The sacred birds fly in the opposite direction of clockwise rotation. The museum also features drums that were discovered in Ninh Hoa city.

Additionally, the museum has a collection of weaponry varying from raw materials to the present resistance in France and the United States. World-travelers are moved by the exhibition of relics about Vietnamese heroic mothers.

More than 20,000 local and foreign visitors visit Khanh Hoa Museum every year, according to the museum's website. These customers are interested in the history and culture of Nha Trang as well as Khanh Hoa province.