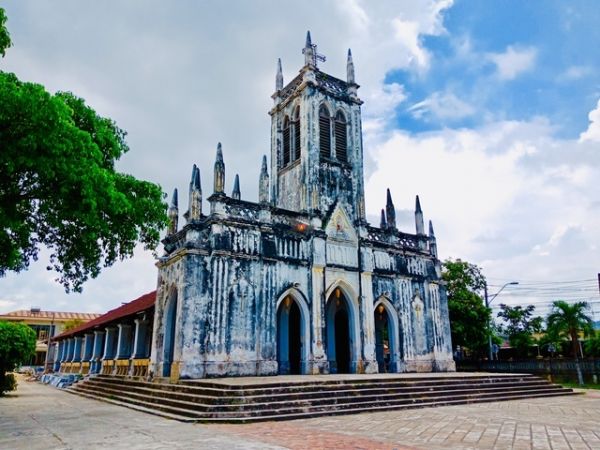 Parishioners of Ha Dua Parish hail from northern regions like Quang Nam, Quang Ngai, Binh Dinh, and Phu Yen under the Nguyen dynasty. Con River was given the name Ha Dua, which means Coconut River, because of the belief that coconut trees flourished on both sides of the river.

The first church was established on the current site, but it certainly existed before Vo Tanh general built Khanh Hoa citadel, and in 1870, Co Buu (Geffroy) rebuilt it in an Asian style, small but very beautiful, with two gates on the same floor as Cua Thanh.

When Co Ngoan (Saulcoy) led his parishioners in 1893 to cut wood, Priest Nhuan has drawn out a plan, then dispatched Tich to Song Village and Kim Chau to learn the carving style.

The bell was erected in 1917 by Co Quoi (Salomez), who added a bell tower and a parish home to the church. It wasn't until 1924 that Co Nghiem (Guéno) arrived and extended the cathedral, constructed a citadel, and acquired two bells, which he installed in the tower in 1932 together with two other bells.

Ha Dua church used to share a church with Cay Vong parish in Ha Gai in Dien Lam commune today. However, after being burned, they moved to the current campus in Truong Thanh village. Here, at present, there are still a few relics still in the land of Mr. Lap, the grandfather of Mr. Nguyen Ban.

The current number of parishioners of Ha Dua parish is about 3500 people. Along with the development of society, the Ha Dua church also gradually changed. Exquisite houses have sprung up here and there. Businesses also make the lives of many families more prosperous.

An ancient church with more than 100 years still shining majestically, is a symbol of the ethical tradition of the Ha Coconut parishioner. Following the mission of Priest Tadeo Le Van Thanh, Priest. Trinh Huu Huong has moved here to be the parish priest since October 21, 2007. Father has collaborated with the Brotherhood of Bishops to build the parish to always be Unity, solidarity, and strength. 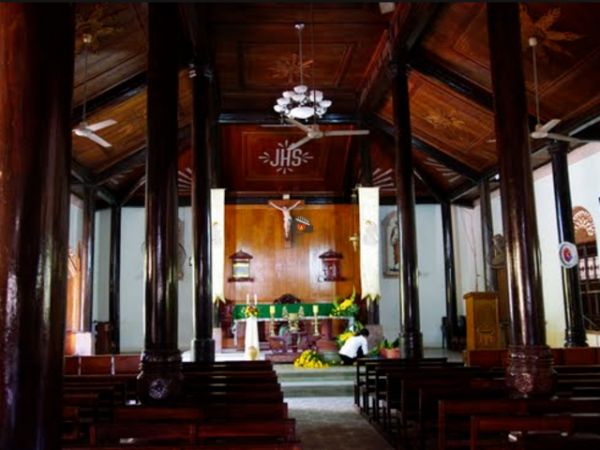