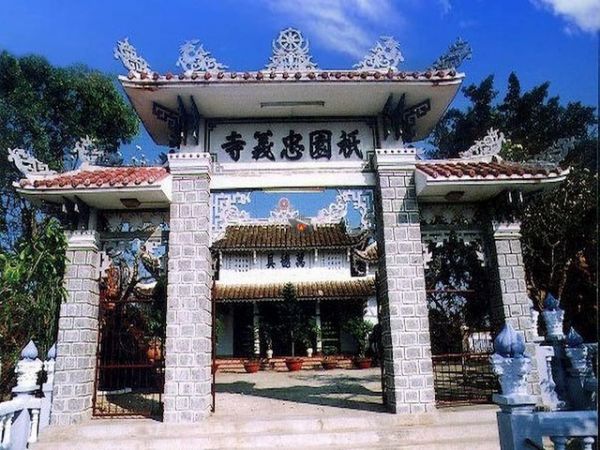 Ky Vien Trung Nghia Pagoda is located in the province of Khanh Hoa, at 132 Sinh Trung Street, Van Thanh Ward. A magnificent and long-standing pagoda is the pagoda on top of a Tu Linh (4 Holy Animals) mountain in central Nha Trang city called Bach Tuong (White Elephant). The present abbot of the Vietnam Buddhist Association is Venerable Thich Hue Giao, appointed in 2018 to the Executive Board of the Khanh Hoa Provinces.

In 1980, Pagoda Ky Vien began interim renovations to the temple of the Buddha. In 1990, Ky Vien Pagoda's Abbot and Buddhists vowed to reconstruct the old house that opened in 1992. The three-way gate, the song of the statue of Maitreya Buddha, the bodhisattva Dai Tri Manjushri, the reconstruction of the scene, the Monk-Hall, and many sacred statues merged into a picture of a Zen sculpture in harmony with the sun and white sand, full sun yellow, a blue sea. He continued building many more buildings, including the hall of lecture, and the steps.

The pagoda is also the living and practical site of the Phap Hoa Dojo, one of the monasteries in which Dharma was propagated throughout the country by the Venerable Thich Tri Quang. Is the establishment of youth and legal summer courses.

Ky Vien Trung Nghia Pagoda is not just a place of study, a residence, and practice in monasteries thanks to the protection of the three jewels, the assistance of Venerables, monks, and nuns, and the protection of Buddhists. The Buddhists travel back to the Sutras early in the night to recite the name of Buddha, and the monks are generally excellent; this is the destination when many delegations return to the coastal city of Nha Trang. The homeland of Agarwood & Swallow's nest. 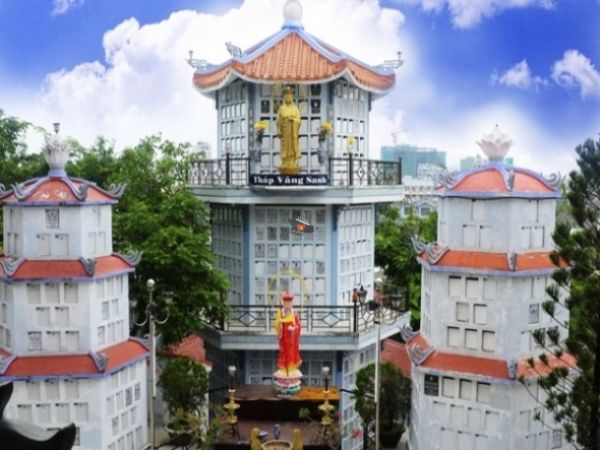