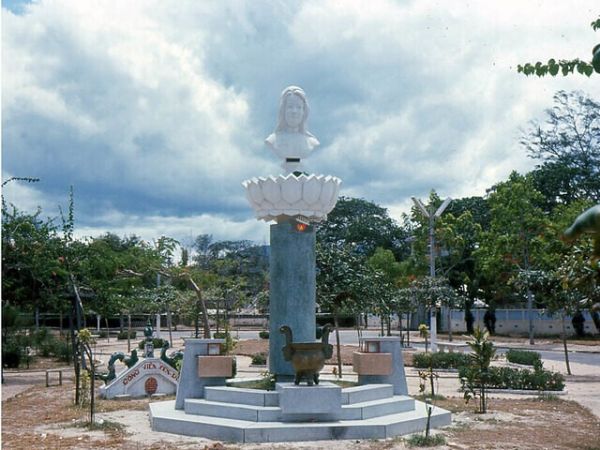 Yen Phi Park is located on Tran Phu Street in Nha Trang City, Khanh Hoa Province. There is a bust of a 17-year-old girl who used her body as a torch to wake up a corrupt dictatorship in 1965.

Yen Phi Park Nha Trang was built at the end of the 1960s in a very serene and airy place near Khanh Hoa Provincial People's Committee, opposite breeze the beach with breezy and sea breeze. Every day, the sun rises on the monument of the historical figure Yen Phi. Besides that, the white lotus lamp emits a skunky fragrance.

According to many historical sources records: Yen Phi was born in 1948, in Ha Dong, a city in central Vietnam. In Yen Phi Park, on January 26, 1965, at 2:30 p.m. (on December 24, the year of the Dragon), monks, nuns, and Buddhists were on a hunger strike to fight for religious equality, when female Buddhist Dao Thi Yen Phi set herself on fire for peace and the sake of the Dharma to promote religious equality in Vietnam. At that time, she was 17 years old.

Before she became a living torch full of compassion and courage, she wrote three suicide letters: one to Buddhist monks and nuns, one to Prime Minister Tran Van Huong, and one to her mother. Although she is simply a devout Buddhist, her attitude of heroic sacrifice has elevated her to the ranks of Vietnamese Buddhism's "martyrdom." In fact, after the country's unification, Yen Phi Park was still preserved in its original form, after years of attention by the local administration.

Forty years have gone, and the image of a female Buddhist is no longer visible, but the heroic flame that she raises still burns in the hearts of the nation, in the hearts of all Buddhists now, and in the hearts of future generations. Her name got down in history, and her suicide created a cultural park called Yen Phi Park Nha Trang, Khanh Hoa Province. 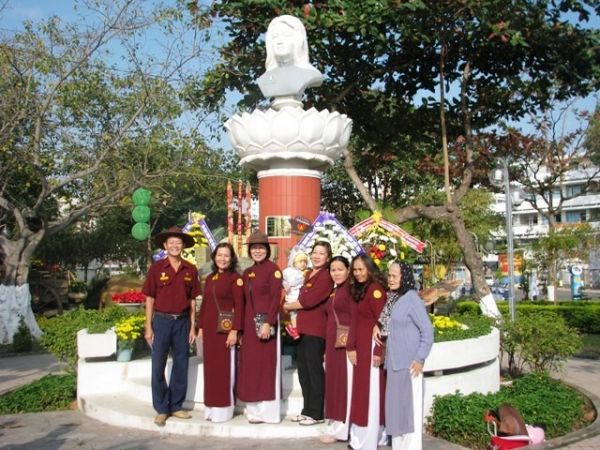