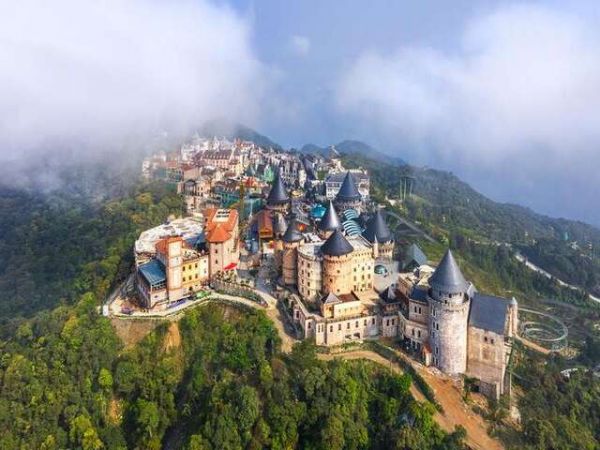 Located in Da Nang, a coastal city of over a million people known for its sand beaches, French colonial history, and closeness to the ancient city of Hoi An, Sun World's Ba Na Hills resort sits almost 1,500 meters above sea level (a UNESCO World Heritage site). Ba Na Hills are another reason to visit  Da Nang, one of the beautiful beaches city of Vietnam.

Ba Na Hills is a popular resort and tourist attraction for both local and international tourists, located approximately 35 kilometers from Da Nang city on Nui Chua mountain. Because of its cold and mild temperature, Ba Na Hill Station, established by the French in 1919, has been dubbed "Da Lat of Da Nang."

In the native Katu language, the name "Ba Na" means "my mountain." As a building of Sun World Corporation's invested 100 percent, Ba Na Hills is now a world-class tourist destination included resort 4 stars. When you visit Ba Na Hills, you'll be able to see some of the best French architecture and experience some of the most interesting entertainment options.

How To Get To Bana Hills Da Nang Vietnam:

It's a 40-minute drive from Da Nang's city center or an hour from Hoi An, and it's easy to get there. There are some modes of public transportation from the city of Da Nang to the foot of Ba Na Hill.

The roads are in excellent condition and quite tranquil, so you may take a motorbike from Da Nang or Hoi An to Sun World. While driving to Ba Na Hill, you won't get bored since you'll see a lot of beautiful scenery including a long beach, lush jungle, and local life.

The Golden Bridge, which connects Marseille Station to Le Jardin Station, was well-known even before it was completed in 2018 and opened to the public. That's when it became an international phenomenon and Time magazine declared it to be one of the most beautiful places on the planet.

As long as you're in the garden, don't forget to check out the Debay Cellar, which was built by the French in 1923 and dates back over a century. Through the Ba Na Mountain, a 100-meter-long basement was dug to maintain a constant temperature of 16 – 20 degrees Celsius throughout the year. The cellar you've never heard of was built using a unique substance. It's cubeba resin, also known among tang' in Vietnamese, which is exclusively found in this region. This Debay cellar has some of the best wines in Da Nang, if not the entire country. 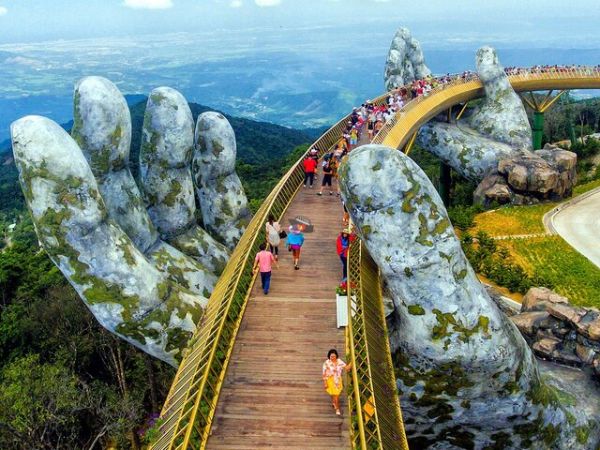 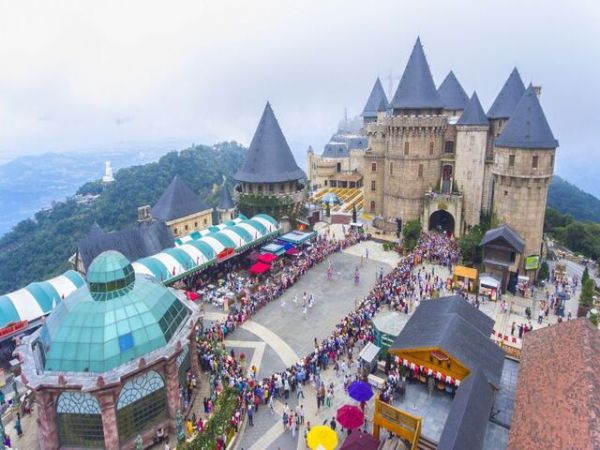 Things To Do In Bana Hills DaNang Vietnam:

10. The Drops Tower and a lot of interesting outdoor games