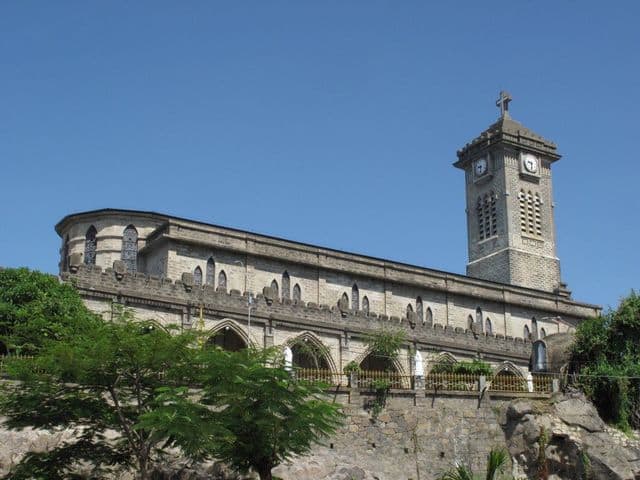 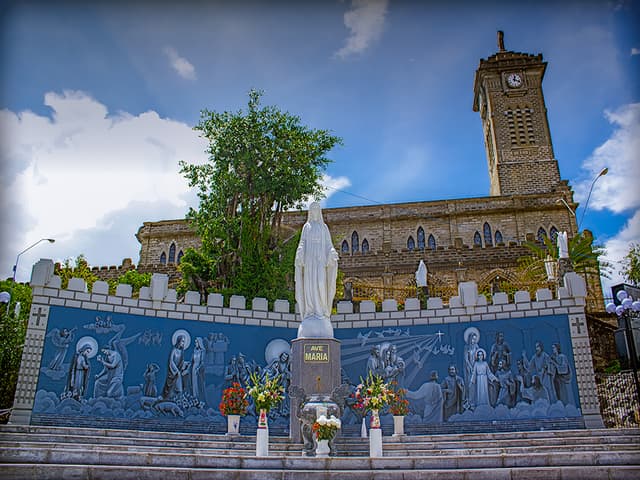 5, July in 1957 Nha Trang diocese was officially established from the division of Qui Nhon Diocese but is just a diocesan diocese. On  24, November in 1960, Nha Trang diocese was upgraded to the cathedral diocese, at this time, Nha Trang Church was officially chosen as the cathedral of the diocese, Nha Trang parish became the parish. the court. This church was built in the style of Western church architecture. Overall, the building has a robust layout with stereoscopic blocks from low to high, prominent in the blue sky. The highest point is where the cross is placed on top of the bell tower, 38 meters high, from the road surface. 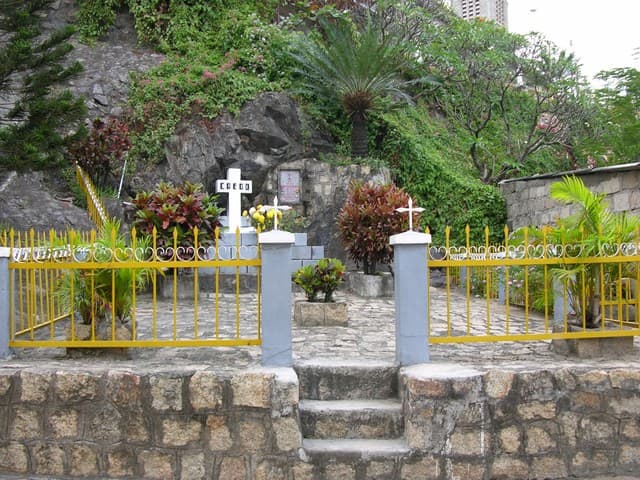 Priest Louis Vallet's tomb is at the foot of the mountain

By the end of the 19th century (around 1885), Catholics in Nha Trang were only a few hundred. In 1886, the French set up an office of the colonial government in Nha Trang and to meet the needs of religious activities for these parishioners and for French officials, they temporarily built a small chapel on the beach. Nha Trang that today is the area of ​​Nha Trang bishopric. Louis Vallet (1869-1945) - a French priest considering parishioners in Nha Trang - intended to establish a parish in Nha Trang along with building a church for this new parish.

On 3, September 3 in 1928, the church was started construction on a small mountain snout, called “Bong” Mountain, about 12 meters high. About 500 landmines have been used to create ground on the mountain. Easter in 1929, opened the road for vehicles to go up the mountain. By June of the same year, the walkway to the mountain for pedestrians (including 53 steps) located in the North was completed. After that, there are auxiliary works such as kitchen, house for maids, warehouse, stairs from the main road, etc., one after another being put into use. By March 1930, the parish house was completed (a house for non-liturgical activities of the parish). On 12, February 12 in 1933, Emperor Bao Dai visited this project. 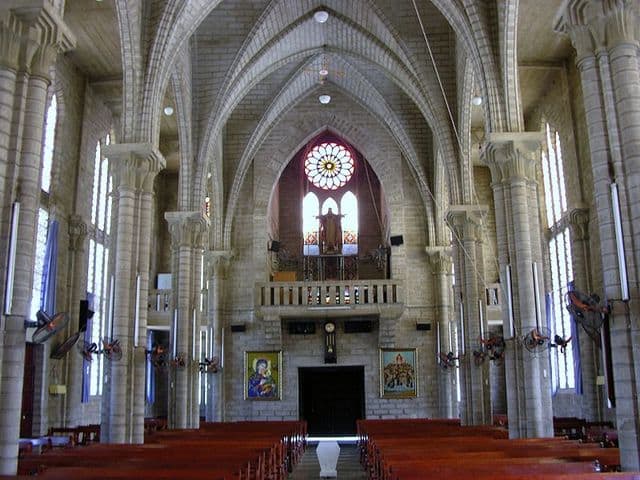 On 14, May 14 in 1933, during the feast of Saint Jeanne d&#39Arc, the church was dedicated and inaugurated. Priest Louis Vallet chose King Cathedral as the title of church patron. On 29, July in 1934, the Apostolic Nuncio Dreyer blessed the bell, nicknamed Therese of the Child Jesus, by a female believer in Saigon. The bell tower was inaugurated on 3, December 3 in 1935.

On 24, October 24 in 1945, Priest Louis Vallet died. His body was buried at the foot of the mountain, on the right side of the road to the church. Around 1969, the clock on the tower was broken and has not been repaired until 1978 and has continued to work ever since. On 10, June in 1987, the cliff along the main road to the church was made into the place where the ashes of the dead were removed from the parish cemetery at the discretion of the State. 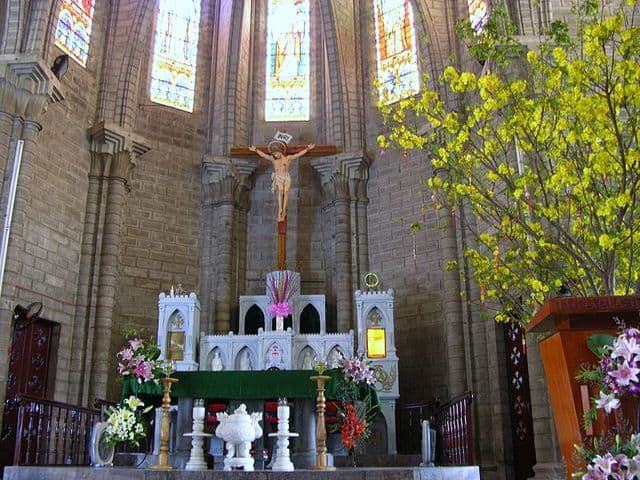