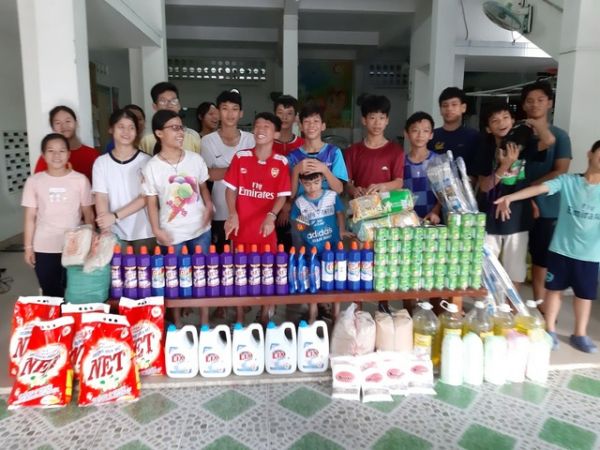 Vietnam is a Southeast Asian Country, bordered by China to the north and Cambodia and Laos to the west. On the appearance, Vietnam appears to have recovered successfully from the long period of conflict. Extreme poverty, particularly in rural and mountainous areas, is a result of the numerous lives lost, as well as the environmental and economic effects.

As a consequence, parents abandon their children to a temple, church, or orphanage in pursuit of a job or simply because they feel unable to care for them. Though much has changed in recent years in Vietnam, the country's orphan issue must not be overlooked. More than a million children are orphaned in Vietnam nowadays.

SOS Children's Villages has been operating in Vietnam since the late 1960s and in Nha Trang since 1999. To help local families, children, and youth, the organization is highly engaged in the neighborhood.

If a kid is unable to live with their parents, SOS mothers and their children can provide a caring environment for them and their siblings. Nha Trang is home to 14 SOS families with a combined capacity of caring for up to 140 children since 1999. In collaboration with the kid and the SOS mother, each child receives a personalized "Child Development Plan".

There are about 1,000 primary and secondary school students educated by the SOS Hermann Gmeiner School. The canteen on-site serves meals to the students, so they get at least one healthy meal each day. Scholarships are available for students whose families otherwise could not afford to send them to school.

More than 330 children have been cared for by SOS Children's Village Nha Trang as of 2019. The Village now includes 14 family houses with 120 abandoned orphans who have tragically lost the care of their birth families.

This lovely orphanage in Ninh Hoa, 32 kilometers north of Nha Trang, was founded in 2004 by the Buddhist nun Thich Nu An Son and now cares for 60 orphans. Sister An Son oversees the orphanage, which is independent of Lovingkindness Vietnam.

They are reliant on donations, the majority of which come from members of the local community. To add to its uniqueness, Anh Dao Orphanage is the only one of its kind in the region.

As a result, local churchgoers and Buddhist monks who regularly visit the pagoda or church next door donate regularly to the orphanage. However, Anh Dao Orphanage is a lone figure who is always in need of support.

On the 19th of February, 2017, we paid a visit to the Sunflower Orphanage and brought them presents and necessities. A high number of teenage orphans are cared for by Sunflower, a non-profit organization based in the center of Nha Trang.

Dai An, the younger sister orphanage of Sunflower, is located in the countryside and takes care of orphans. Sunflower is extremely well-organized, with separate dorms for girls and boys, as well as a separate facility for high students alone.

To help the orphanage, we made contact with the caretakers and brought a large number of supplies.

Mr. Phuc is a remarkable individual with a generous spirit. He welcomes unwanted children into his house and offers refuge to pregnant women who are debating whether or not to have an abortion due to financial constraints.

Additionally, he has been collecting up aborted infants from hospitals and abortion facilities and buries them properly. A portion of the property was purchased with his own money so he could inter the infants and give them gravestone names.

Mr. Phuc considers it his life's duty to look after children who have been abandoned by their moms. His house now cares for 28 children, including 5 newborns and 12 older ones (ranging in age from 6 to 13), as well as three expectant mothers.

Sister Thich Nu Dieu Y established a charity school in 1991 at the Loc Tho Pagoda. Sister Dieu Y dedicated her life to the children and died in 2014. They are completely funded by donations, the majority of which come from people in their neighborhood, and tourists.

This is one of the easiest sites to see while in Nha Trang because it is only a 15-minute drive away. There are more than a hundred children from low-income households enrolled in this primary school, and some of those students are local. Numerous Loc Tho Pagoda orphans are enrolled in the school as well.

Schools fees, school clothes, food, and other necessities are all provided for the students by the nuns at Loc Tho. They also help with monthly expenditures like teacher wages. 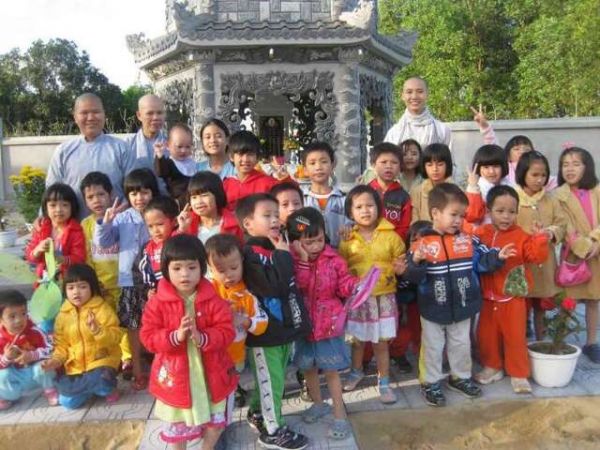