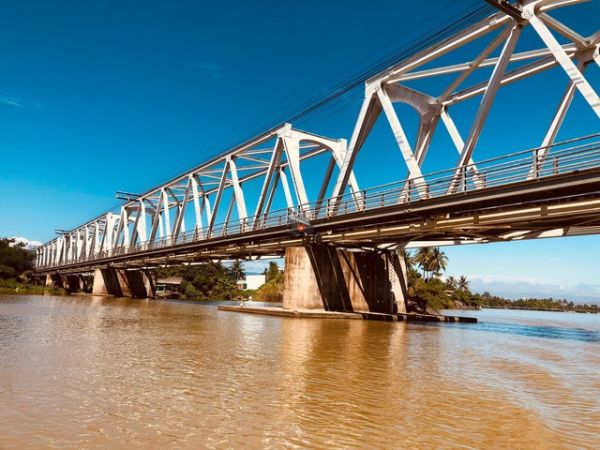 At that time, it was Indochina's most extensive tunnel (1,179m long). In Phu Yen province's southernmost region, two railway sections were under construction at the same time and met at Hao Son Train Station.

On September 2, 1936, the French inaugurated Nha Trang Station, and at the same time, they erected the last articulated rail at Hao Son Station, and they had an opening ceremony for all of Indochina's railways (from Hanoi to Saigon to Phnom Penh). With  5 major bypasses, each 380-400m long, go through Nha Trang station. Over 1,000m of track connects Nha Trang station to Ngoc Hoi and Le Hong Phong respectively.

The scene at Iron bridge is an old retro style, many young couples prefer to visit this place to take wedding photos to remember how our forefathers loved each other in the past. It is such a lovely thing. By the way, you can also admire the large Cai River stretching under a clear blue sky with gentle sunlight and the Cai river banks of 2 sides of the Iron Bridge.