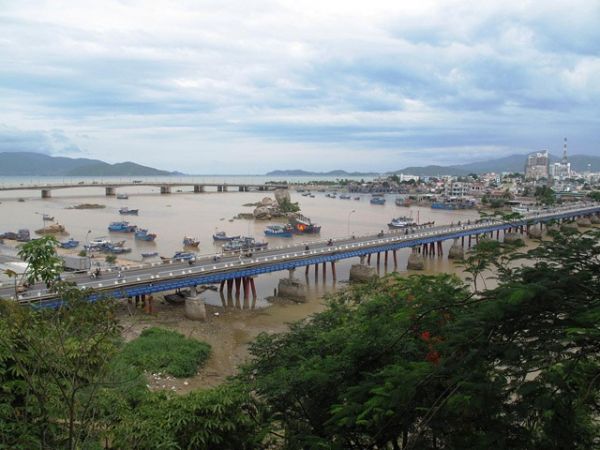 About 2km from Nha Trang city center, the Xom Bong Bridge is located at 2/4 Street, at the foot of Po Nagar Tower. The bridge is connected to a popular tourist attraction that uses Thap Ba Po Nagar culture. Nha Trang's best is right here.

The bridge was built in 1925 by the French, who optimized the bridge's equipment to be overly elevated, rather than the complete Po Nagar Tower, therefore the bridge was designed in the form of a low to the ground can.

The Americans and the old government demolished the ancient bridge built by the French in 1969 and replaced it with a new towering tree that is taller than the original bridge to this day, surrendering some aesthetic value and making Po Nagar's entrance to Thap Ba always congested.

As a result, the government built an additional bridge for pedestrians to dock at the time, but because the bridge is still very weak and unstable, the weight is kept to a minimum.

The Xom Bong Bridge in Nha Trang was repaired by the province's state-owned bridge and culvert repair enterprise toward the end of 1985.

On January 25, 1986, the Xom Bong Bridge was formally opened. Current criteria may illuminate massive trucks, creating advantageous conditions for people and contributing to the city of Nha Trang's rapid development in particular.

Originating from the festival of worshiping at Po Nagar Tower (the Mother of God Thien YA Nam), the capricious from all over the globe converge to dance and sing and live here, therefore the bridge was erected. During construction, named it Xom Bong Bridge (which means Capricious Bridge) after a hamlet.

The celebration takes place very beautifully and pulses from the method of transmission, making it famous throughout Vietnam. The festival takes place every year from the 21st to the 23rd day of the 3rd lunar month.

If you visit Nha Trang, don't forget to go to the Bong Xom Bridge to visit Po Nagar Cham Towers. 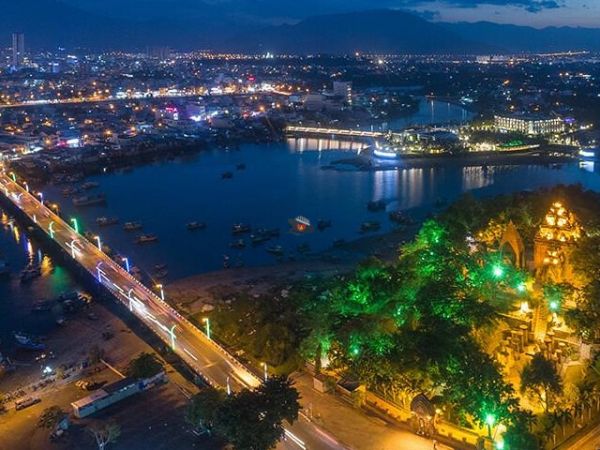